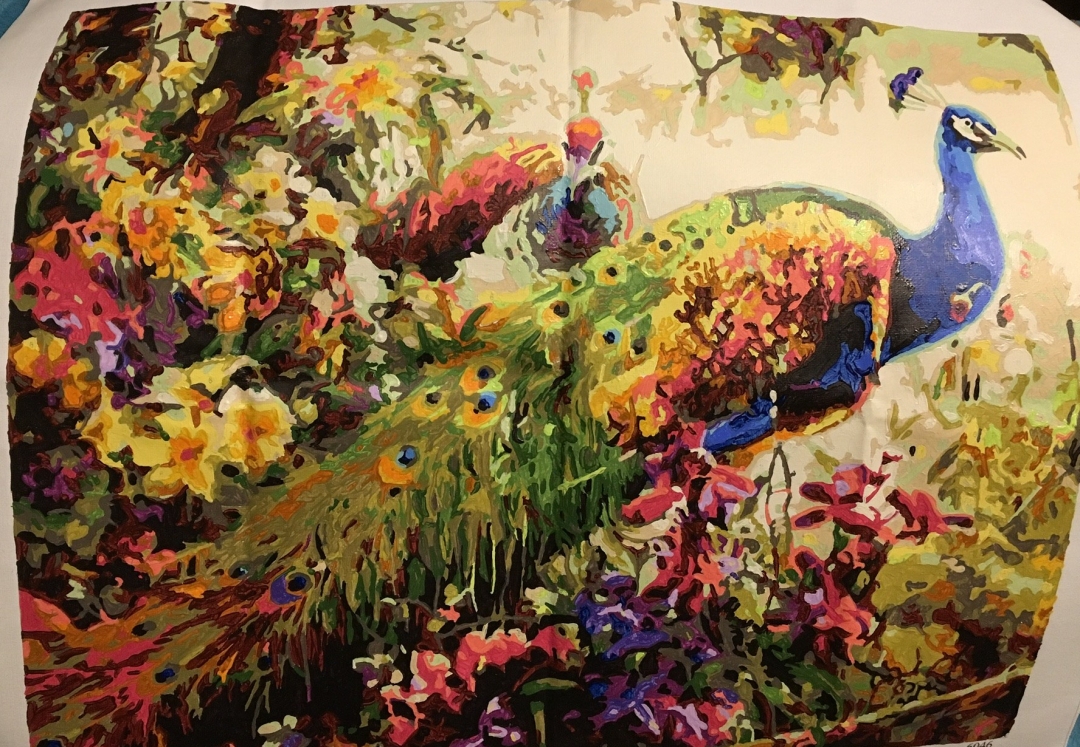 In the fall of 2017 I received my first paint-by-number. I had ordered it online and had no idea what I had just done to myself. It was a scene of Paris, France and the canvas was approximately 18 x 24” and not on a board. I was excited to start, but not sure where to start exactly. Do I start with number one and in order? Do I start in one corner and finish before I move on? 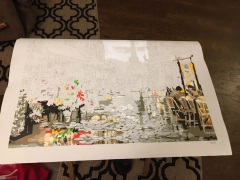 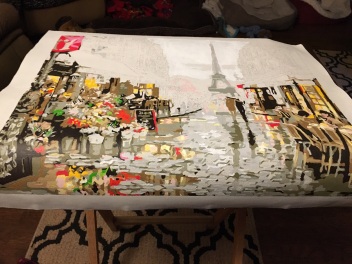 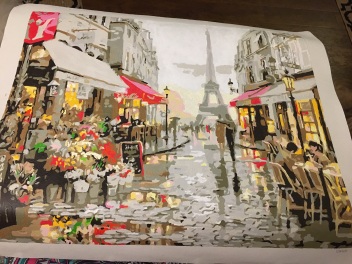 It was a little overwhelming. Some of the spaces were very tiny and the numbers were hard to read. Sometimes, I would accidentally paint over a number adjacent to the space I was painting. Luckily, it came with a duplicate image on paper so you could see what the number was supposed to be. My entire first painting, I did not water down the paints, so I almost ran out of some colors.

It took me a few weeks, but I finally finished. I ordered more. And more. Months later, I have a very large collection of completed paintings and am not sure what to do with them. I enjoyed doing them. I found it relaxing and quite the stress reliever. Thankfully though, I finally slowed down. Maybe weening myself off of the kits was a good idea. I couldn’t find any paint-by-number anonymous groups for addicts, so I’ve had to try to recover by myself.

I stopped buying them. That helped. Now a co-worker wants me to paint some for her. She purchased a few different paintings that she wanted but didn’t want to paint herself. Kind of a win-win situation. I get to paint still, but I have time to do other things. 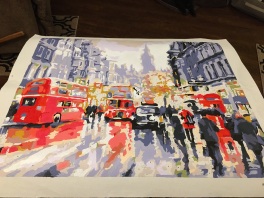 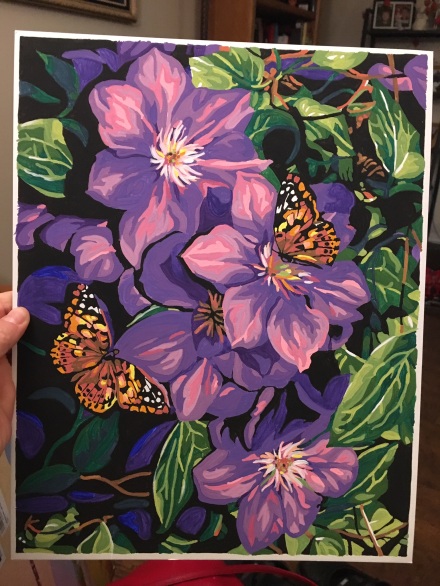 View all posts by dkcaselton