In May, I visited Paris, France with my daughter. We took in the usual tourist attractions: the Eiffel Tower, the Louvre Museum, and the Cathedral Notre-Dame. But one of the main attractions was our visit to Musée des égouts de Paris (the Paris Sewer Museum).

The Musée stairs lead down to the 18-foot high by 14-foot wide tunnels. The network of sewer tunnels underground also houses freshwater pipes, telephone wires, traffic-light cables, and the city’s pneumatic postal network, which was shut down in 1984.

There is an art gallery along the walls of the first tunnel you enter, with various portrayals of sewer monsters. Entering another tunnel, there are displays with mannequins dressed in gear to enter the sewers, and equipment they use. Next was the display of taxidermy sewer rats. In my opinion, the Paris sewer rats look different than Portland rats, with their little berets and baguettes. Another tunnel shows off colorful display posters and models about the sewer and drinking water system, watersheds, and fish. In one of the final tunnels was a series of displays of the history of the Paris sewers.

To give some perspective, the history of Portland began in 1843 on the Willamette River in what was then called Oregon Country. In 1851 the City of Portland was incorporated. Portland’s first sewer was a covered wooden trough that ran from SW Montgomery Street to Fourth Avenue, then to the Willamette River, built in 1864. Portland’s Columbia Wastewater Treatment Plant began collecting and treating wastewater in 1952.

Compare this to the ancient history of the Paris sewers. Until the Middle Ages, the drinking water in Paris was taken from the river Seine. The wastewater was poured onto fields or unpaved streets, and filtered back into the Seine. Around 1200, streets were paved, incorporating a drain for wastewater in the middle. The first vaulted, stone-walled sewer was built in 1370. In 1850 the present Parisian sewer and water supply networks were designed and separate water supply networks were built for drinking water and non-drinking water. A 373-mile sewer network followed in 1878. A sewage treatment program (designed to meet needs for the next 50 years), was approved in 1935.

Paris has a combined sewer/sanitary system and aging infrastructure, like Portland. In 1991, a 20-year plan was developed to restore the existing sewers, protect the Seine River from untreated rainwater during storms, improve working conditions, and modernize operations. The quality of the water in the Seine has significantly improved in recent years. There are now over 20 species of fish in the river, compared to only three in the 1970s.

The sewer museum was one of the highlights of my first trip overseas. It was exciting to see a different infrastructure and to learn that Paris poop smells just like Portland poop.

Debbie Caselton has worked in Public Involvement and Community Outreach for Capital Improvement Projects for City of Portland’s Environmental Services for 16 years.


For my 50th birthday, my daughter took me to Paris! We spent three nights in Paris. We stayed at the Hotel de Notre-dame. It was a lovely place in a great neighborhood. Because my daughter is a flight attendant, we fly standby. That is an adventure in itself!

We visited the many cafes and bistros, eating crepes and drinking cappuccinos. We visited the Eiffel Tower, the Louvre and the Paris Sewer Museum.

One of the highlights was sitting with my daughter and sketching and painting. I surprised her with her own travel paint kit and an art journal. 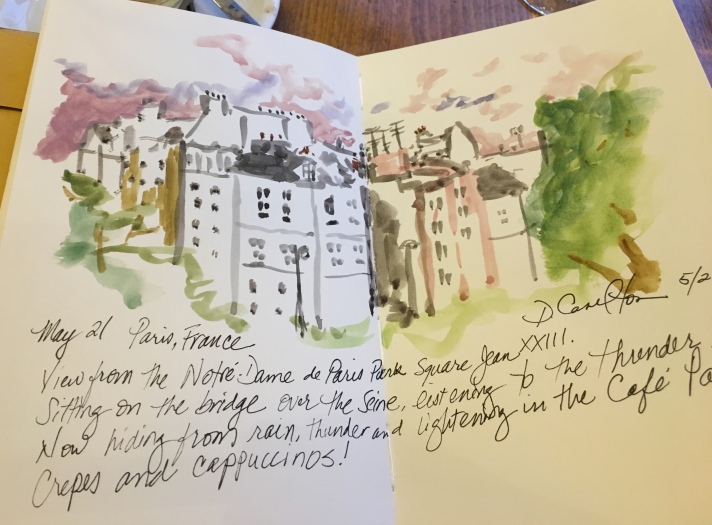 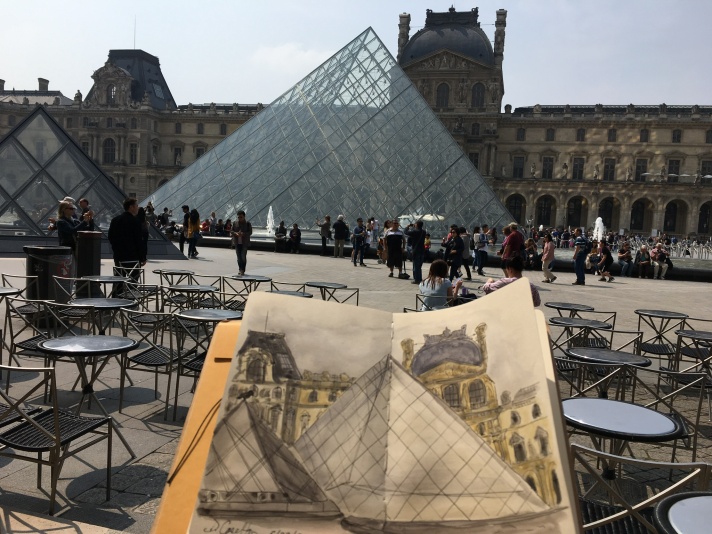